A History of The Upper House

Francis (Frank) Wedgwood, Josiah Wedgwood’s grandson, and his wife Frances, (Fanny) nee Mosley, bought the Leigh Estate in the early 1840s. It comprised 94 acres, bordering the canal and the Parish boundaries. They wanted to escape the pollution and heavy industry that had developed around Etruria Hall, Hanley (site of the Wedgwood factory at that time). They were fond of the open air and wanted to build a home more suited to them.

The Upper House was originally called ‘The New Hall’ to distinguish it from an existing property in the village called The Old Hall. It later came to be called The Upper House, as Josiah’s second son Clement, bought The Lower House, (The Leigh) the property situated at the end of the drive and again a distinction was made between the two properties.

The house is typical of its era and was designed so that the principal rooms overlooked the valley. In comparison with The Old Hall, it has a smaller entrance hall and most receiving at The Upper House would have taken place in the main hall. The cantilevered staircase is Portland stone rather than wood and the servant’s quarters were located at the side of the house rather than on the upper ﬂoor as they were at The Old Hall. The central window in the ceiling of the main hall at The Upper House was installed to give more light. 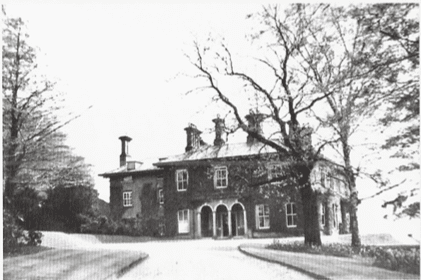 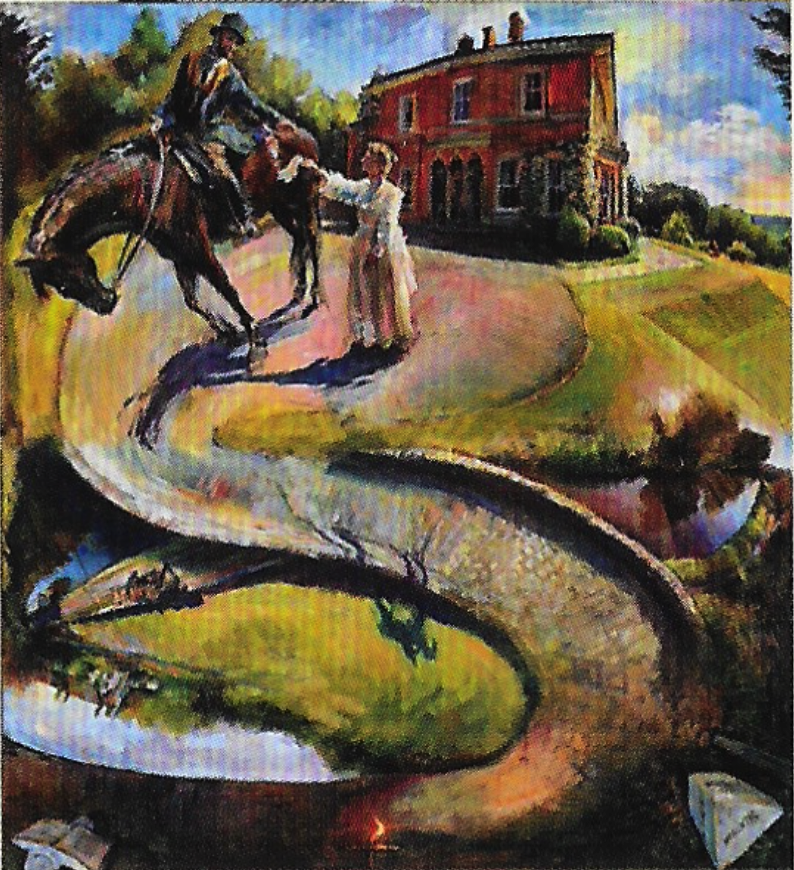 When the woods were being planted, around 1850, on the top of the hill to the east of the house, they came across a Celtic grave measuring 7 feet by 2 feet wide, cut into the red sandstone rock. No skeletal remains survived within the grave but a long, two-edged sword was recovered and an iron knife characteristic of the Anglo-Saxon period. This, however, appeared to be an isolated burial and is therefore not necessarily evidence of a settled community at Barlaston. The ﬁnds are now in the British Museum. Staffordshire University has been helping the owners to locate this rock grave, but to date it still remains a secret.

The Wedgwood household at that time consisted of the family and a governess, music teacher, dressmaker, cook, kitchen-maid, nursery-maid, footman and groom. Frank would rise early every morning to a cold saucer-bath and dumb-bell exercises in an uncarpeted room.

After breakfast he would mount his horse, Jackdaw and ride briskly to work. Villagers would often remark that they need not look at their pocket watches when they saw Mr Wedgwood ride past as he kept such good time, never being late all his life. Other members of the family were not always as enthusiastic about this commuting; one of them was once overheard muttering as he pulled on his boots, “Thank God, only another forty years of this” The population of Barlaston at this time was around six hundred and mainly centered around The Green.

Mr Wedgwood was one of the ﬁrst train commuters when the line was opened between Etruria and Barlaston. The plafform at Barlaston was constructed longer than usual to accommodate workers from Etruria visiting the Downs Banks on their holidays.

The Wedgwood family liked to entertain guests, so often the house was packed with relations or friends. Dinner parties usually consisted of twenty or so guests and this meant that the family often doubled up in their bedrooms to allow for the overnight guests. A family portrait by Stubbs hung over the sideboard in the dining room. If you venture into the woods at the side of the house, you can still see the ice-house, (thought to have been a water reservoir), which was used for hanging pheasants, hares and salmon. During World War 2 it doubled as an air-raid shelter. The terrace and formal gardens at the rear of the house were a favoured place for the family to sit in the summer months.

The Wedgwood family were not too interested in being part of the ‘old’ order, preferring to be great thinkers and challenging the ways of the world. They were believers in Unitarianism and throughout the history of the house many famous people entered through its doors. These included Lajos Kossuth, the Hungarian national leader, Charles Darwin who was related to the family and who wrote ‘On the Origin of Species’, and Garibaldi. In 1888 Frank died aged 88. The second son, Lawrence, stayed in the house until 1913 when it was sold to the Johnson family. 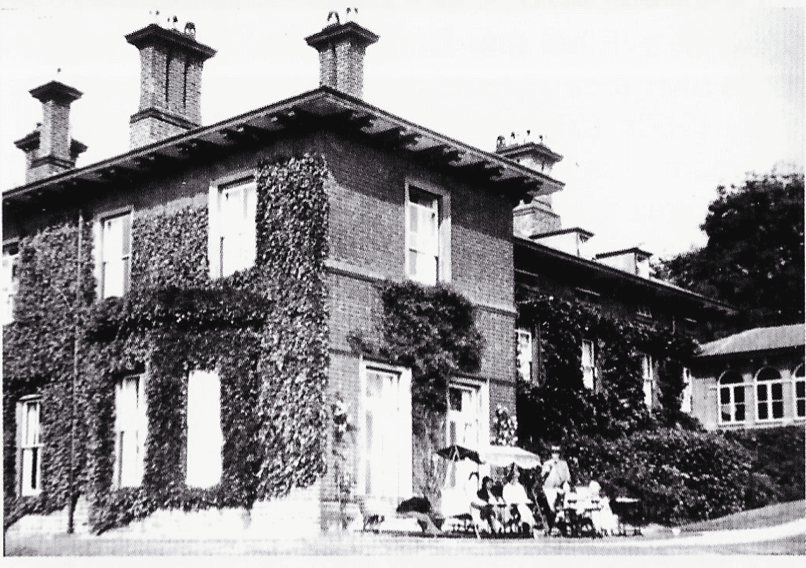 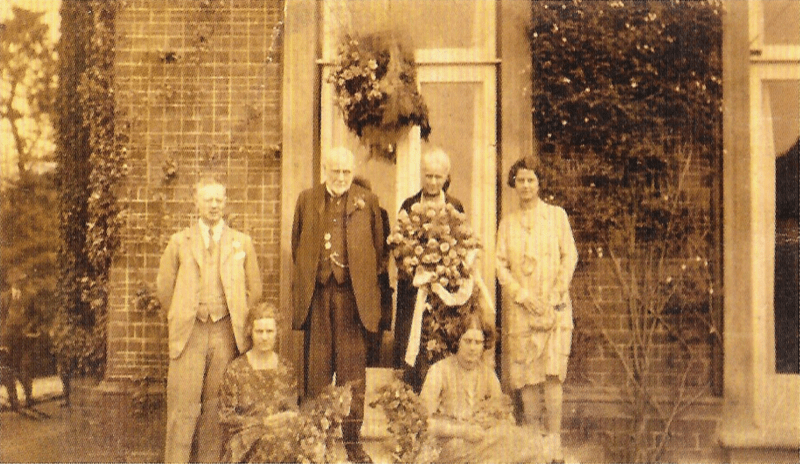 The triptych of paintings in the Wedgwood restaurant depicts some of this stay. The picture on the right of the triptych in the restaurant depicts Cecil Wedgwood (grandson) when he lived here as a child. Cecil later became the ﬁrst Mayor of Stoke-on-Trent and when he was in the Army he led his men into battle with the cry “Up the Potters!”

The next family to live here were the Johnsons. Amongst the brothers there were three businesses in Stoke Johnson Tiles, Johnson Pottery and Johnson Sanitary Ware. The two surviving Johnson daughters, Ethel and Doris, stayed for a short while after their parents died and then went, in the early 1950s, to live in Bournemouth. The Aynsley bedroom was the housekeeper, Hilda’s room. There was also a butler, chauffeur, lots of servants, and 3 or 4 gardeners. Ivor Novello came many times to visit Ethel Johnson before going up to Manchester to visit the Halle Orchastra.

The house then became a home for the blind and became known as ‘Barton Land Home’, named after the wife of the Headteacher at Alleynes School in Uttoxeter, who raised considerable sums of money for the blind. Latterly, it became a County Council residential home for the elderly and this was closed around 1990.

It stood empty for a few years after this, sad and neglected. The inside and outside of the house became black with soot as just a short distance away had stood Meaford Power Station and smoke from the chimneys had sooted the stone and brickwork. Some vandalism had occurred too.

In 1994 the Council decided to sell the house. The current family who bought the property have gradually brought it back to life as a country house hotel. The thoughtfulness and care put into its original concept and the delight of the families who lived here can still be felt in the main rooms.

Over the years the house has been extended whilst trying to retain the original features. Firstly, in 1998, the Woodlands Suite was built along with the bedrooms above. Then in 2010, the Novello room was added and this has given the hotel a greater opportunity to enhance the experience of a wedding or smaller, private parties or conferences. 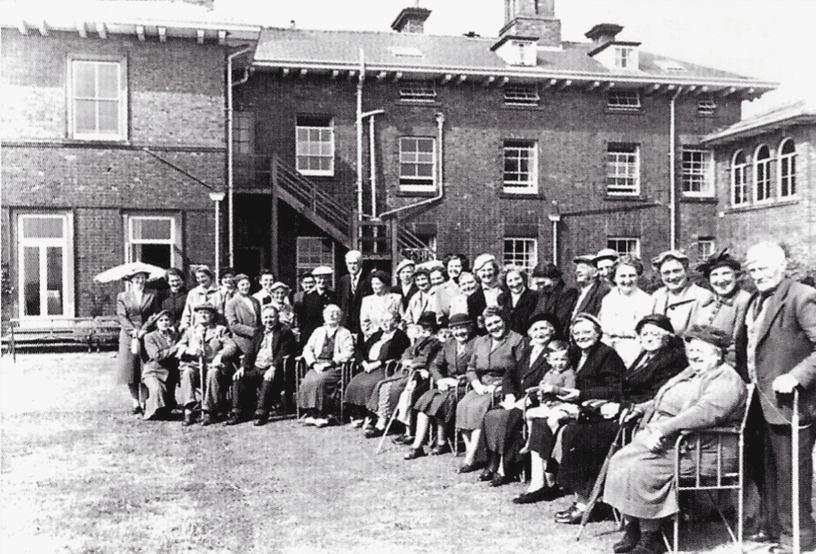